The Secret History by Donna Tartt

If you like stories about pretentious young adults screwing up their lives, you will love this book.  Luckily, I do and I did.  A small group of classicist students try to recreate a bacchanal, which leads to a string of murders and lies that grows beyond their control.  It’s engrossing and horrible and wonderful, and I’m now going to have to read everything else Tartt has written. 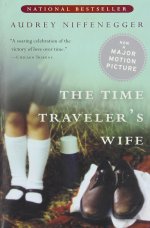 After a lukewarm reaction to this movie ages ago, I was happy to discover that I like the book quite a bit more.  It’s relational sci-fi, which isn’t too common of a genre, but should be.  In a Benjamin Button-esque way, I liked seeing Clare and Henry meet up at various ages and times, first as child and adult, meeting in the middle, then growing apart in the opposite direction.  Although it plays with a few sci-fi ideas, my favorite was the idea was compulsive time traveling as a genetic disorder attempting to be cured.  This book was fun, sad, and romantic – a great holiday read!

This woman is a spitfire, and I loved it.  This book is all about what’s on the tin – she’s a liberal pastor who embraces people of all kinds of lives, and she’s tired of apologizing for all the evils the church has committed over the centuries, and that some continue to commit today.  She makes a compelling case that we live in a new age where young people have grown up outside of the church and need to hear WHY it’s worth considering (because of community, and a connection with the sacred, and a calling to higher, deeper life) instead of hearing all the things other people have done poorly.

I bought this years ago, and I wish I’d read it then.  It’s an excellent book, but a lot of its themes of forgiveness, vulnerability, and powerlessness felt like retreads of the 12 Step work I’ve been doing for the past two years.  Still, I very much recommend this book to anyone who wants to learn how to interact assertively with the people and events that life throws at you while also remaining open despite some of those things being painful. 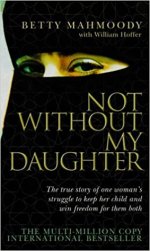 Not Without My Daughter by Betty Mahmoody

Leant to me by a friend, this true story of an American woman trapped in Iran when a vacation with her Iranian husband turns into an imprisonment.  I didn’t like it at first, since her initial reaction to Iranian culture was entirely disgust, but over time it becomes apparent that this is (somewhat) influenced by her fear and anger.  She does wind up finding people she enjoys or empathizes with, which makes the story take an interesting turn because she fears she will grow complacent and abandon her plan to escape back to America.  Really interesting book, but it did unfortunately throw fuel on the fire of my “you can never know if the person you marry will drastically change!!” fear.