As we flew into Ljubljana, I hungrily stared out the window at the mountains, bright blue sky, and unending shades of green. “It’s SO pretty,” I told my mom. “I am probably the most ungrateful person on the planet, but I’m so happy to leave Greek beaches behind and get to some forests!”

The adoration only increased when I left the airport and felt cool, crisp air for the first time in months. We caught our hotel shuttle and made our way to downtown Ljublajana, which, on a Saturday August afternoon, is a lazy European city with bridges criss-crossing rivers, extravagant churches, and backpackers strolling the streets.  There was even a guy wearing a kilt wandering around, and I wondered how to subtly bring up the fact that I too am Scottish. 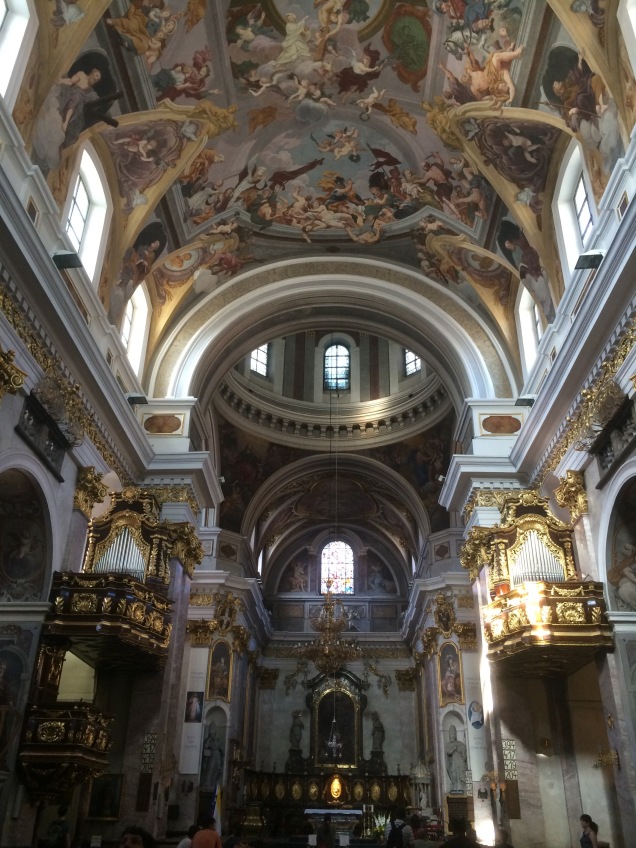 We had a room at the City Hotel, which was within walking distance of everything. I was mostly only interested in the Ljubljana Castle, so we spent the evening there, climbing an increasingly steep path up to the “Slovene Acropolis.” The castle has been renovated in a really beautiful combination of old and new, and we strolled through the open air prisons and solitary confinement cells with our audio guides. Honestly, it felt so good to be an unapologetic tourist. I don’t belong in this country, I just want to enjoy it and learn from it, and I don’t have to try to be anything more! 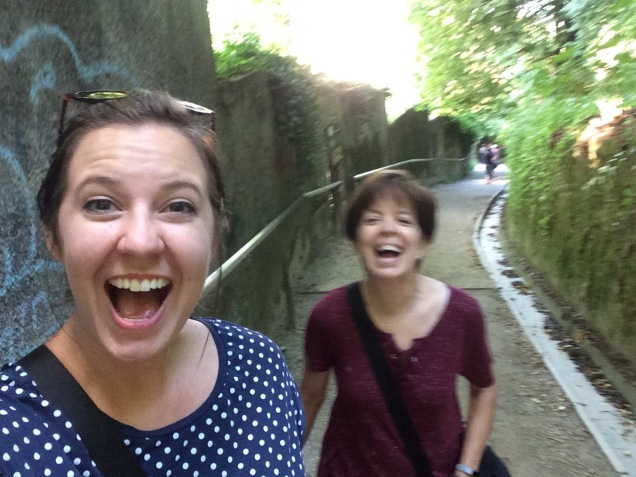 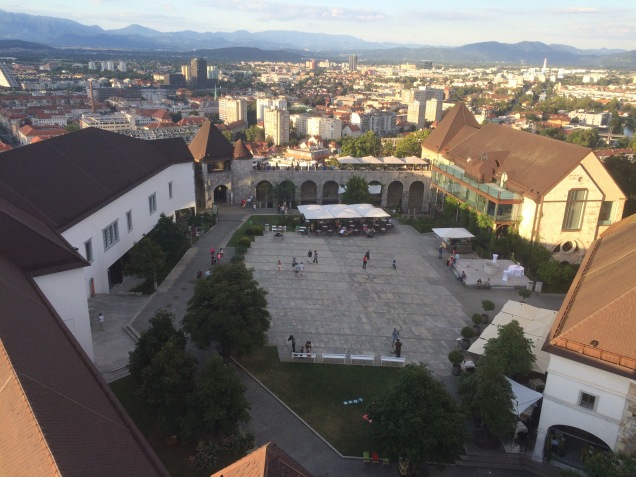 The castle also has a “virtual tour” of the site throughout history, which was helpful for my lack-of-Slovenian-knowledge. They also had an adorable Green Library and several restaurants. Unable to resist the allure of eating in a castle, we got an extremely fancy meal for only moderately expensive prices. 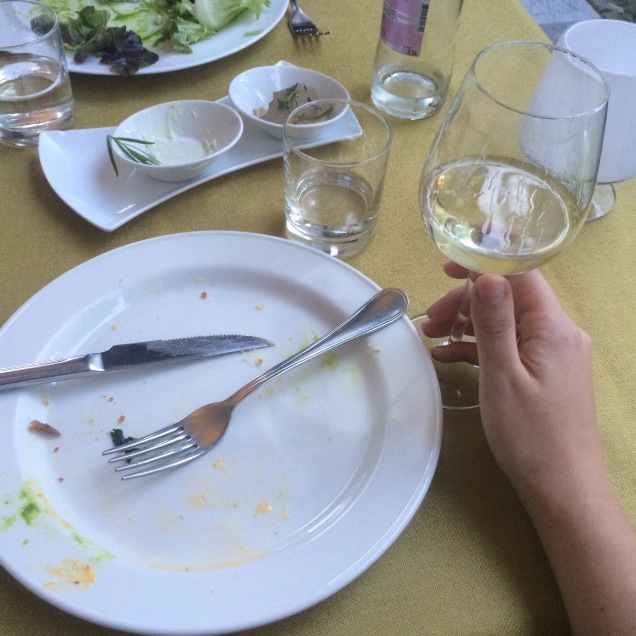 After arguing about politics and watching the sun set (the castle was open until 10:00 pm, which is AMAZING for tourist locations), we walked back down the hill and found our hotel, where we watched the Olympics in Slovene before falling asleep.