From a Russian classic to a dragon-centric fantasy to inspirational non-fiction…my reading tastes were diverse this month!

The Idiot by Fyodor Dostoevsky

I started this in July at the request of one of my new friends.  It’s her favorite novel of all time, and while I can’t claim that for myself, I was really impressed with it.  I’ve always felt scared of the dense Russian novels, but I found The Idiot to be a quick read for 700+ pages of stories and psychological analyses.  It did take me a while to acclimate myself to upper class Russian society in the 1800s, but there was enough common humanity to keep to me going.  It’s also pretty depressing, so fair warning.

Harry Potter and the Cursed Child by J. K. Rowling

I loved this!  It in no way compares to the novels, but I never wanted it to.  The screenplay is a quick way to jump back into the world of Harry Potter, and I so enjoyed watching Harry struggle once more (he can save the world, but he doesn’t know how to parent a child – seems accurate).  I also loved Draco getting more development and the adorable relationship between Albus and Scorpius.  Perhaps it really is HP fanfiction, but I love HP fanfiction, so that is not an insult in the slightest to my mind.

His Majesty’s Dragon by Naomi Novik

After reading this alt-history novel about dragons during the Napoleonic War, I am 100% that dragons are cats with wings.  Obviously, this means I am SUPER into a story about the intense bond between human and dragon, though I felt this first novel was more interesting for the potential it showed for future stories than its own entertainment value.

Throne of Jade by Naomi Novik

Speaking of future stories…this is the second Temeraire novel, and as I suspected, it was even better than the first!  This book follows Laurence and Temeraire on a long sea voyage to China, and it’s basically just one long “you two shouldn’t be together” “YES WE SHOULD” argument, which is exactly the sort of quasi-romantic co-dependent relationship I’m easily invested in.  Can’t wait to read more!

Lost to the West: The Forgotten Byzantine Empire by Lars Brownsworth

Wow.  This non-fiction book about the history of the Byzantine Empire was SO engrossing, mostly because it is person centered rather than date centered.  I totally fell in love with General Belisarius and want to read even more about his life.  I also fell in love with the Byzantine Empire itself, to the point that I actually started crying when it finally fell and the Roman empire came to an official end (1,000 after its western counterpart).

The Story of My Life by Casanova

I was so excited about Casanova’s memoir.  It was super entertaining, and I really enjoyed reading about a sex-positive guy who seemed to be shameless in a really healthy way…until I got to a part where he participated in a gang rape and assured his readers that the woman really liked it.  At that point I felt physically ill for days, because I genuinely felt so betrayed.  I couldn’t read any more, and I don’t really care to find out what he did after that, because I doubt it was “felt remorse.” 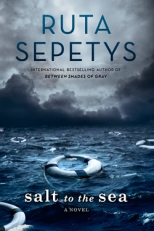 Salt of the Sea by Ruta Sepetys

I didn’t enjoy this quite as much as Sepetys’s other YA novels, but it was still a quick and interesting read.  She follows four people (with their own perspective and voice) to the harrowing voyage of the ship Wilhelm Gustloff…a true event that deserves for more attention than it usually gets.  I was mostly impressed, however, by how she showed that for many people in Germany/Prussia/Poland/etc, neither the Axis or Allied powers were good guys.  Death, rape, and property possession was inevitable, no matter which side won. 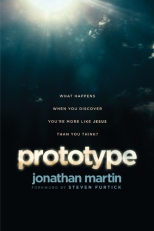 I’ve already written a couple blog posts based on how inspired I was by this non-fiction Christian book.  It’s a fantastic reminder that transformation only comes when we are totally confident in God’s deep love for us.  I especially loved the way he described living in God’s love – that it’s found in those moments when we feel most free and creative, not when we’re hunkered in a room reading our Bibles (well, maybe it is for you, but not me).  It’s a very encouraging and uplifting book that I highly recommend to anyone who wants to deepen their understanding of God.

Did you read anything this month that was especially amazing (or especially awful)?  Leave a comment below and let me know!