Yikes, this book!  About 1/3 of the way through, it ended, at which point I realized I was reading a Choose Your Own Adventure type book that laid out multiple directions for the story to take.  At first, it was super interesting, since her decisions to go in different directions revealed more secrets of the mysterious mansion she is visiting.  But it quickly gets SUPER WEIRD, and not the kind of weird that I adore.  It just felt like an author’s fever dream.  I’m sure some people will find this book fascinating, but it was not for me. 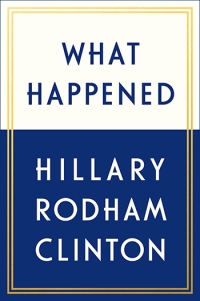 What Happened by Hillary Clinton

A perfect title for a perfect book.  I loved reading Clinton’s perspective of the last couple years even though it left me banging my head against the wall because we could have had an experienced, intelligent, level-headed leader of our country, but we’re all idiots instead.  I thought she did a great job of owning up to her own failings throughout her campaign while also pointing out larger systemic issues at play (I especially adored her takes on being a woman in politics and the role of media coverage in affecting voters’ opinions).  Like all things politics, I’m not sure this would change the mind of someone who hates her, though I’d like to think they would come away respecting her.

It was good timing to read this right after What Happened, since this is the story of a political sex scandal from the perspective of the women surrounding the issue.  We hear from the mother of the young woman involved, from the woman herself (now decades older and living with a false name because her career was decimated while the senator emerged unscathed), from the young woman’s daughter, and from the senator’s wife.  It was an entertaining read, and mostly just an excellent example of how men’s predatory actions often ruin the women involved (which is very fitting in light of recent Harvey Weinstein news). 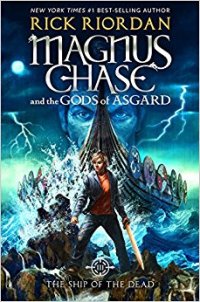 Magnus Chase: The Ship of the Dead by Rick Riordan

The third book in Riordan’s Norse mythology series, I just…continue to adore his writing style.  Myths retold with a wink are still my favorite thing, and this series in particular goes to new heights in creating an incredibly diverse dream team.  I think I go over this list in every review of his books, but our main cast of characters includes 1) a homeless teen who hates fighting, 2) a genderfluid teen (which is SUCH a cool real world analog for being a child of Loki, the shapeshifter), 3) a fashionable black dwarf, 4) a deaf elf, 5) a Muslim Valkyrie fighting and fasting through Ramadan, 6) an Irish girl who died in Bloody Sunday, and 7) a Viking.  All this awesome while also pursuing mythical mead made from the blood and spit of the gods in order to help Magnus win an insult contest (flyting) with Loki.  A+, this is exactly my jam.

The Forgotten Beasts of Eld by Patricia McKillip

In classic fantasy style, this is more ethereal than plot, though there’s definitely an all-powerful female wizard who falls in love with a prince AFTER marrying him as revenge plot against a king who tried to magically take away her sense of self.  Also she uses her magic to summon mystical beasts from legends to her backyard where only she can talk to them.  I think it is pretty clear why I was so interested in this book.

Turtles All the Way Down by John Green

Based on the premise “NO, having a mental disorder does not make you better at solving crimes,” John Green’s latest novel is about a teenage girl with severe OCD and anxiety who finds herself trying to solve a missing person’s case.  It’s a really lovely and melancholy story about friendship, first love, and trying to figure out how to connect with other people despite feeling so different all the time.

Garden of Lies by Amanda Quick