Wow, is it hard to go from working at a library to living in a foreign country.  From overabundance to scarcity!  Since my time is ending in Greece, I’ve decided to actual tackle the shelf of To Be Read books that I kept passing over.  This is actually pretty satisfying, though the going is slower.

The Blind Assassin by Margaret Atwood

This book was immediately intriguing, flashing between an old woman remembering her past and an at-first ambiguous meeting of lovers discussing science fiction plots.  It’s a dense novel, delving into generational family relationships, complications, and regrets.  Because it’s Atwood, the story consistently reveals the underbelly of what it means to be a woman during the early 1900s.  The middle dragged a little for me, but the beginning and end were totally engrossing. 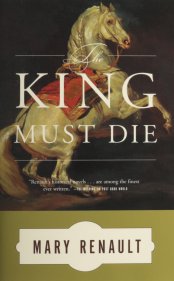 The King Must Die by Mary Renault

A historical novel focused on the life of mythical Theseus, I was ALL about this book.  It covers only the first half of his life (I accidentally read the second book so long ago I was writing full reviews).  Theseus travels to Athens and then Crete, where he lives in the Palace of Knossos (I WENT THERE) and survives by becoming a champion bull-leaper.  Renault is a master at creating believable history out of mythology, and I am continually impressed by how she allows events to unfold in such a way that they can be read as natural events or godly interventions.  Very fun read for Greek mythology nerds!

A Jewish man goes to the Middle East to talk to leaders of the three great monotheistic faiths – Judaism, Christianity, and Islam – about the man that unites them all:  Abraham.  This is an excellent book for people who like history, culture, and/or theology, delving into sacred texts, oral traditions, and how people have twisted stories to suit their purposes throughout time. 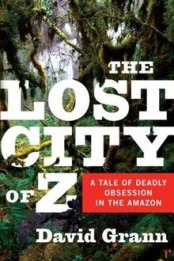 The Lost City of Z by David Grann

A modern day journalist ventures into the Amazon in search of a mythical city and the man who disappeared while seeking it.  It’s more of a biography than a travel memoir, but Colonel Fawcett is a fascinating man.  I loved reading about the early 1900s and all the explorers trying to survive the Amazon rainforest.  Although a lot of it is horrific, and is portrayed as such, Fawcett himself is a man before his time, insisting upon pacifism when interacting with indigenous tribes.  So many people kept returning to the Amazon despite enormous difficulties, and this book does a wonderful job of conveying the enticing mystery that the forest creates simply by existing.