Everyone has a list of places they would go if money and opportunity were no obstacle, right?  I mean, my end goal is to visit every country in the whole world, so I’m not too picky.  But there are definitely some places that, if given the chance, I would drop everything to visit. 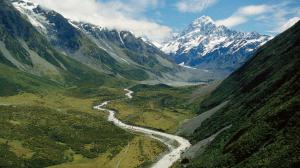 1.  New Zealand.  I’ve got to be honest.  What I really mean by New Zealand is Middle-earth.  I think I’ve adequately described how much I love Lord of the Rings in previous posts, but in case you didn’t know:  I’m obsessed.  My love for this fictional world is what makes New Zealand a distant dream; I need this trip to be specifically tailored to my desire.  For starters, I absolutely have to have a fellow LotR fanatic as a traveling companion.  95% of our conversations are going to be about Gandalf, Edoras, etc, and if you can’t keep up, you can’t come.  I’m also going to need a lot of money, because I want to stay in Hobbiton, and I want to go on a LotR tour, and I want to helicopter to every filming site.  It’s going to break bank, and it’s going to be awesome. 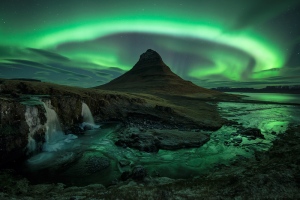 2.  Iceland.  I think Iceland might be the country of my heart.  When I read The Geography of Bliss by Eric Weiner, I knew I had to explore this enigmatic country.  They consistently score as one of the happiest nations on the planet because…they have low expectations.  Hah!  I love it.  They’re also one of the most artistic countries, with more people trying out writing and painting because, again, low expectations.  And have you seen The Secret Life of Walter Mitty?  Iceland is beautiful!

3.  Japan.  I am in love with Japanese culture, and I don’t know quite how my obsession began.  I know I love their combination of intensely beautiful nature and incredibly intricate technology.  And I know I’m 100% on board with the way their attitude toward commercialism is “Could this be cuter?  Make it cuter!”  I love anime and Final Fantasy, and I want to see the country that inspired it all.  My friend Elizabeth went to Japan recently, and she fell in love with their food, orderliness, and cleanliness.  Also things I love!  I’m pretty sure Japan will absolutely live up to my expectations if I can ever get over there.

4.  England.  So I’ve technically been to England, but it was only for three days, and we never left London.  I want to get into the countryside.  I want to visit Oxford and Cambridge and take a walking tour as if I were J.R.R. Tolkien.  I want to visit The Eagle and Child and imagine I were listening in on a gathering of the Inklings.  I want to fall in love with the mother country and appreciate the land that inspired so many of my favorite authors.  I have a theory that English authors write fantasy so convincingly because their world is so much more attuned to the fairy and mystical.  I want to see it!  I want to live it!  I want to be English.

5.  Kenya.  One of my deepest desires is to own a cheetah.  And if that is unlikely to happen, then at the very least I want to see one.  And lions.  And giraffes and elephants and zebras.  Of course I’ve seen these majestically beautiful creatures in zoos.  But, um, obviously there’s no comparison to captive animals and having the privilege of seeing them in their natural environment.  So what I’m saying is:  I want to go on a safari!  And if a cheetah just happens to befriend me and I wind up owning and loving it, well.  I wouldn’t turn that down.

Where would you go if money were no obstacle?  Leave a comment and let me know!

One thought on “My Top 5 Dream Vacations”