Yikes!  I only read five books this month, and two of them were re-reads.  But what I lack in quantity I think make up in quality.  Well, mostly. 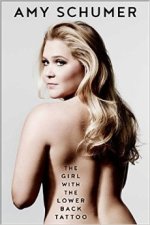 The Girl with the Lower Back Tattoo by Amy Schumer

I adore Amy Schumer, and her memoir only validated my opinion.  Her humor manages to be equal parts raunchy and thoughtful.  This is exactly the tone I like to see when a celebrity gets real.  And boy, does Schumer get real.  I loved her honesty about her experiences with domestic violence and rape – it’s obvious the topics are painful to her, but she desperately wants her fans to learn from her experiences.  I also really appreciated the way she separated her normal self from her stage self, letting us see the things that are her personality versus her performance.

Neither Here Nor There by Bill Bryson

I re-read my favorite of Bryson’s books, and as expected, it rekindled my “visit every European country at once!!” fever.  I read his most recent book last month, and I have to say I prefer his younger self.  He’s more entertaining when he’s less cantankerous.  I find him at his best when he approaches cultural oddities with bemusement, and thankfully, there is a lot of that in this book!  Now if only there were a way to teleport to each of his destinations as he writes about them…

Eh.  I wasn’t really interested in this book at all, but I somehow read it all in three days.  I guess some part of me found it compelling!

I’m sure this is someone else’s exact cup of tea, but I have too little chef in me to stay interested for long.  I just kept hoping she would stop talking about cooking and go back to her Buffy the Vampire Slayer references.  Maybe I need to get into French food to appreciate this book the way it deserves. 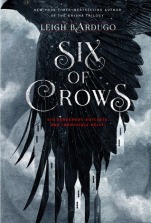 Six of Crows by Leigh Bardugo

In anticipation for this book’s sequel, I had to go back and re-read Bardugo’s heist novel.  It was just as good as I remembered – especially because I forgot some of the plot twists and got to relive my surprise.  I love Bardugo’s world building almost more than I love her characters, and I love her characters a lot.  I also adore the romances that she sets up, especially when the main pairing ends with the woman basically saying, “You are not enough for me.”  Preach it, sister!! 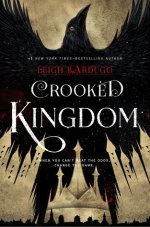 And now for the sequel!  I have to admit that I didn’t like it as much as the first part.  Ketterdam just isn’t as interesting a setting as Fjerda.  For a lot of this novel, I was disappointed, thinking that Bardugo had used up all her best secrets in the first book.  But she won back my intense admiration with the final scene’s twists upon twists.  I also LOVED seeing Sturmhond again, and I’m hoping hard for another series focusing on Ravka and his kingship.

That’s it for October!  What did you read?