The Queen’s Thief Series (The Thief, The Queen of Attolia, The King of Attolia, A Conspiracy of Kings, Thick as Thieves) by Megan Whalen Turner

This is my go-to comfort series, and I reread them when two of my friends in Greece decided to read them as well.  We literally had parties where we talked about the books for hours and fell all over ourselves squealing about Eugenides’ perfection.  They are children’s adventure stories with a political backstory that becomes increasingly important throughout the series, and seriously.  Eugenides is the embodiment of my Ideal Fictional Hero and I cannot even hold it together any time he does anything. 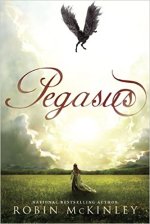 This is an unfortunately cut-off first book in a series that I assume is leading to a human/pegasus romance that I…was super into??  McKinley’s ability to create lush fantastical and creative worlds is very evident here, and I’m really disappointed that there seems to be little possibility of a sequel, just as the political aspect of things were heating up!  I wanna know if humans and pegasi can coexist when led by representatives of their species that can speak telepathically!

The Moon-Spinners by Mary Stewart

This was one of my favorite childhood movies, so I was curious how the novel that inspired the Disney movie held up.  While mostly similar in plot, Stewart’s novel feels more grownup, to the point that I believed a devastating plot twist that fortunately turned even twistier.  A perfect book for those of you who like murder mysteries set on Greek isles!

The Divine Dance by Richard Rohr

The final conclusion that Rohr reaches “Everything is holy” feels incredibly satisfying and encouraging after a deep dive into the relationship of the Trinity (both amongst themselves and with humans) and how that informs all of life.

The Art of Crossing Cultures by Craig Storti

I read this as I was flying back from Greece, and it was incredibly validating to see my cultural experiences laid out on the page before me.  It helped me to see what I did well and what I did poorly while trying to adapt to a foreign culture, and I HIGHLY recommend it to anyone considering living in a country not their own.

I read this because *ahem* it was a significant plot point in the amazing television show Black Sails, and I’m glad I did.  It’s a bit like the book of Proverbs, and there were quite a few bits of wisdom that I really took to heart, including this one:  “But to get back up when you fail, to celebrate behaving like a human – however imperfectly – and fully embrace the pursuit that you’ve embarked on.” 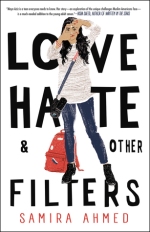 Half teenage romance, half social commentary, I didn’t like this book as much as I should have.  Everything felt a little too perfect, and I couldn’t help wanting a bit more grittiness in a novel about hate acts and terrorist attacks.  But it’s a fun quick read, and well worth a day’s read.