I will not apologize for the fact that my conversations with Elizabeth frequently revolve around Tom Hiddleston and other men blessed by God’s artistic prowess, but you know.  Sometimes we talk about slightly more important things, like politics, abortion, and social change!

Tricia:  THIS is our next Obama/Biden bromance!? 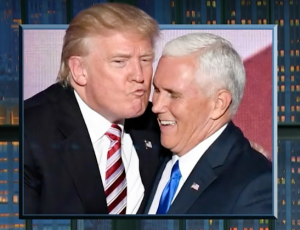 Elizabeth:  NO.
No, because you’re going to help elect Hillary, right?
And then we never have to hear from these idiots again.

Tricia:  Should our next Let’s Talk About be about politics?

Elizabeth:  Hm.  Maybe.  About 80% of my conversations about national politics these days devolve into me ranting about the hypocrisy of the allegedly pro-life party blocking birth control access.  Is that on brand for your blog?
Because it is an OUTRAGE.

Elizabeth:  I really started thinking deeply about life and choice issues when I was a reporter covering abortion as a political issue.  Journalists are typically admonished to say “anti-abortion” and “abortion rights” instead of pro-life and pro-choice because those terms are so much more specific and less polarizing.  Now, just in everyday conversation, I’ll sometimes use pro-life/pro-choice in the context of talking about political movements.  But you’re probably asking what I mean when I say I’m pro-life.

Tricia:  Yeah, because I agree that “pro-life” is not very specific.
And because I think the political movement is not all that pro-life.
It’s just anti-abortion.

Elizabeth:  I mean I think abortion is generally a bad thing, and there are ethical reasons we should work to reduce it, but I don’t really identify or associate with the pro-life movement.

Tricia:  My definition of pro-life is something like: valuing life, full stop.  That means life for babies, life for adults, life for convicts.  And it just popped into my brain that it could include life for animals and life for the planet, but I am a bit of a tree-hugger and I won’t push that issue at this time.
But I find it VERY IRONIC that many “pro-lifers” are also pro-death penalty.
Call your movement something else if you support killing people!

Elizabeth:  Yeah, there’s a lot of hypocrisy in the evangelical subculture that tends to be associated with the pro-life movement.

Tricia:  Yeah.  Which is why, I think, pro-choice people have so little tolerance for pro-lifers.
And why people like you and me, who agree abortion is a tragedy, are also like “but don’t label me pro-life.”

Elizabeth:  I’ve realized I am so much more critical of the pro-life movement than of the pro-choice movement because I want there to be something I can support.  I’m with them on the underlying assumption that abortion is bad, but I can’t get behind almost anything they do about it.

Tricia:  Yes!  We’ve talked about this before, right?  All the ways we would RATHER help decrease the rates of abortion?

Elizabeth:  Yes!  I rant about this at least once a month.

Elizabeth:  In the pro-life movement, there are basically two strategies:
1) overturn Roe
2) reduce abortion access
I would like to see almost all the focus go to a third strategy: reducing the need for abortion by improving access to contraception and increasing social support for families.

Tricia:  You mean treating the disease and not the symptom?  HOW NOVEL.

Elizabeth:  lol, did you just call pregnancy a disease?  This is going to go over so well.

Tricia:  Well, I could make a case for babies being parasites, but I will instead plead METAPHOR.

Elizabeth:  Anyway, I’m completely LIVID that pro-life groups have spent the last five years fighting the contraceptive mandate in the ACA.
Abortion rates have been dropping, and a lot of researchers think it’s because we have better contraceptives that are easier to access.

Tricia:  Ooo, yes, let’s focus on how they are absolutely shooting themselves in the foot.
It feels like conservatives are fighting two separate battles, one of which hurts the other.  They don’t want people (esp teenagers) to have sex, and they also don’t want people to have babies.  But if you restrict access to contraceptives, people are going to get pregnant with babies they don’t want/can’t care for!
And like, people are going to have sex.  That’s fighting a losing battle (though one that is only appropriate to fight in the home/church/moral sphere, NOT in government policies).

Elizabeth:  There’s also a fundamental misunderstanding of who gets abortions and why.  Most of the women having abortions aren’t teens, they’re mothers who already have children.  Many of them are married.
There’s a LOT of misinformation (ahem willful ignorance) floating around in the pro-life movement, which makes it difficult to craft workable policies.

Tricia:  Good point.
Another hypocrisy:  Don’t have abortions, but also, we won’t help you support the babies we want you to have with access to welfare.

Tricia:  The other thing I would add is that it would be AMAZING to offer free counseling to women considering abortions – not to convince them not to have an abortion, but to give them a safe space to share their fears/anxieties/traumas.

Elizabeth:  I love this idea!
So how does this affect how you vote/plan to vote?

Tricia:  Abortion (per se) doesn’t affect the way I vote, because I don’t think any major laws will change (Roe being overturned, for example), even if we have a Republican president.

Elizabeth:  Interesting!  Even in this year, when we have an empty seat on the Supreme Court?

Tricia:  Yeah, I doubt it’ll change.
That’s a career-ruiner for any judge.
I think Republican politicians want to have their cake and eat it too: yell about abortion but then do nothing.
*quietly sips tea, being cynical*

Elizabeth:  Yeah, I’m with you on that.  It’s such a long shot (and I’m not sure Roe should be overturned, tbh) and all this harm is being done in the meantime.

Tricia:  Yeah, I agree, I don’t think Roe should be overturned either.

Elizabeth:  I think Republicans don’t have any sense of what overturning Roe would really mean.  I’ve talked to enough (male) politicians that I wholeheartedly believe they are. not. qualified to legislate on reproductive health issues.
Does that make me pro-choice?  Can I be both pro-choice and pro-life?

Tricia:  These are the limitations of our dualistic two-party system!
I’m both and neither.
But like you, I support the social changes that will decrease the likelihood of abortions (access to contraceptives, welfare, etc), almost all of which are found in the Democratic party.