I have been watching this video several times a week for the last month.  It is a fanvid about Black Sails that presents many of the show’s most tragic scenes building in emotional intensity as a woman sings “we live in a beautiful world” louder and louder over the chaos.  I have a tendency to start accidentally crying while watching, and while I’m sure a huge amount of the emotional drive comes from being intimately acquainted with these characters, I’m sharing it here anyway.

It is the visual embodiment of my theology.

A couple years ago, I was quite obsessed with the theme of hope found in The Lord of the Rings (especially here and here), and in particular, this quote from The Two Towers:

Sam: It’s like in the great stories, Mr. Frodo, the ones that really mattered. Full of darkness and danger they were, and sometimes you didn’t want to know the end because how could the end be happy? How could the world go back to the way it was when so much bad had happened? But in the end it’s only a passing thing this shadow, even darkness must pass. A new day will come, and when the sun shines it’ll shine out the clearer. Those were the stories that stayed with you, that meant something even if you were too small to understand why. But I think Mr. Frodo, I do understand, I know now folk in those stories had lots of chances of turning back, only they didn’t. They kept going because they were holding on to something.

Frodo:  What are we holding onto, Sam?

Sam:  That there’s some good in the world, Mr. Frodo, and it’s worth fighting for.

This was particularly meaningful when I was emotionally preparing to move to Greece and to work in an anti-trafficking organization.  It was necessarily personal and a little self-centered.  I needed to find MY hope, the hope that would allow ME to choose the scary option and walk forward.

This video about Black Sails?  It’s broader.  I think it touches me so much right now because there isn’t a personal tragedy I’m working through – instead I am surrounded by other people’s tragedies.  Husbands dying, babies dying, hurricanes, white supremacists, mothers with post-partum depression, friends with undiagnosable illnesses, and enough people with anxiety and depression to remind me that for so many people, we live in a scary and overwhelming world.

And…we do.  We definitely do.  That’s why this video shows scenes of betrayal, heartbreak, violence, fear, and death.  But the thing that keeps me obsessed with this show, and with this video in particular, is that in the midst of this awfulness, there is an insistent theme that despite all this, “we live in a beautiful world.”

I think this is the most beautiful thing that Christianity offers.  Christianity says yes, this world is broken, and you are guaranteed to bleed when you brush against anyone or anything.  But Christianity says that inside that brokenness is beauty.  God created the world and it was good.  When it was broken it did not become evil, it just became a good thing broken.  And a thing that is broken can be fixed, which is exactly what God promises is happening and will someday happen in fullness.

So I cannot help but be overwhelmed by this video.  I cannot help but say, in hope, YES to the fact that we live in a beautiful world while watching destruction.  There is nothing that inspires me more than staring into something ugly and affirming the beauty that it was, is, and will become.  Christianity is a religion of paradoxes, and this is the one that touches me deepest.

The world is horrible, and we live in a beautiful world.

This Midwestern instagrammer posts simple pictures of life in the country:  leaves, sunsets,dandelions, farmhouses.  The photos are simple and pretty, and they remind me of everything I love best about my homeland. 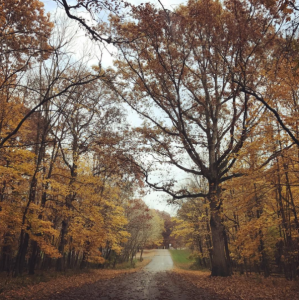 Momo is the cutest dog on the internet, and I cannot help but feel happy every time a new post appears of her (his?) expressive black and white face. 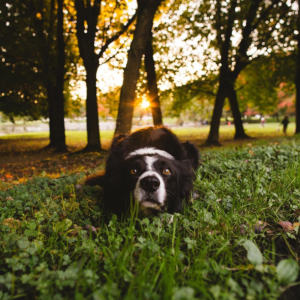 Iceland is at the top of my list of must-visit countries, and this Instagram account fuels my desire with each new picture of stunning mountains, ice blue lagoons, and sweet cityscapes. 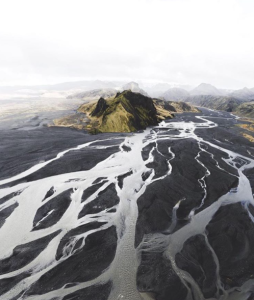 This Instagrammer specializes in minimalist photos that make my heart feel peaceful.  Therapy in an app. 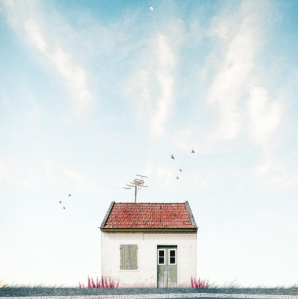 With all this natural beauty, it’s only fitting to appreciate the male form too, right?  And it is a scientific fact that male forms always look better with a kitten! 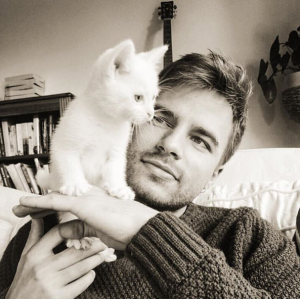 Leave a recommendation in the comments below!